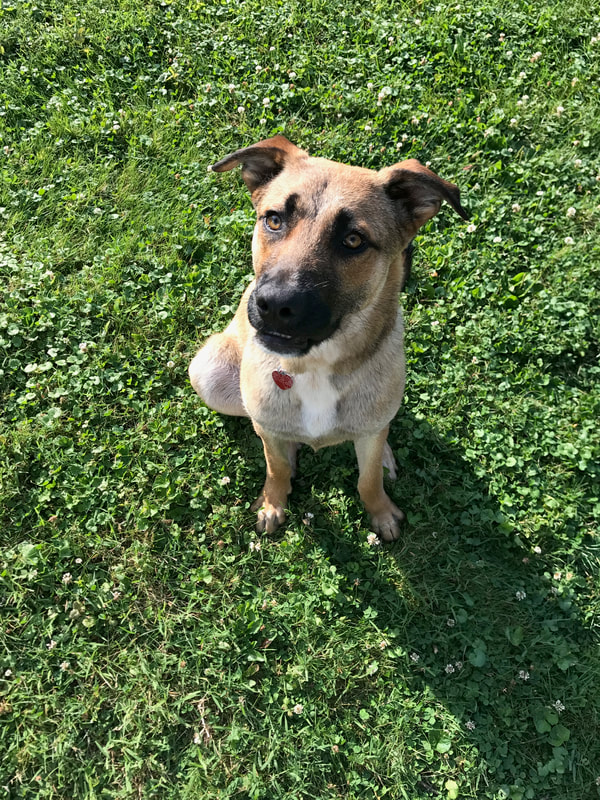 Barto is a Wags Rescue dog. He was brought to the Philadelphia area from North Carolina, where he was in a kill shelter, having been picked up as a stray. In Philadelphia, he was trained in a prison program, under the direction of Lisa from My Pet's Teacher. Now we're fostering him until he is adopted.
​
Barto is a 45-pound mutt. He clearly has a lot of German Shepard in him (those expressive eyebrows!), and some lab, plus something smaller. He's about a year old, and in perfect health.

He is housebroken, crate trained, and loves both dogs and cats (see the photos of him playing with his buddy Buzz). He is a light shedder and doesn't drool. He knows sit, down, stay, touch, paw and we're working on come/here. He walks calmly on a leash. He only barks for good reason.

The main thing about Barto is that he's a HUGE LOVE. When we first got him in mid-June, he cowered in his crate. After a week of coaxing, he blossomed, and has been following us everywhere and wagging his tail constantly since then. 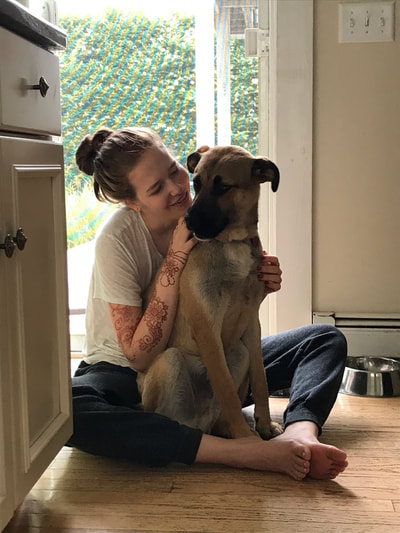 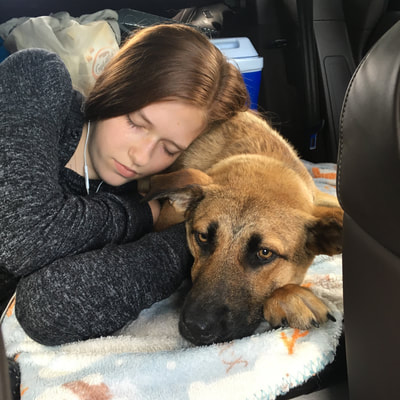 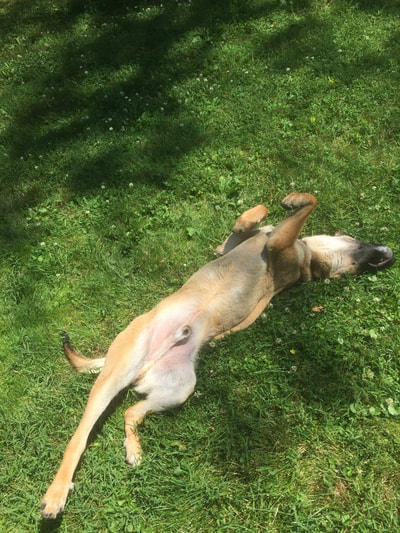 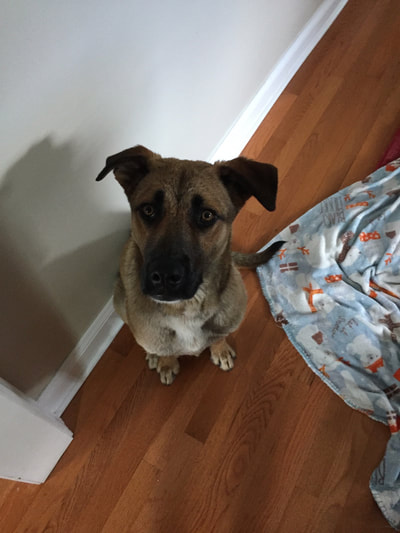 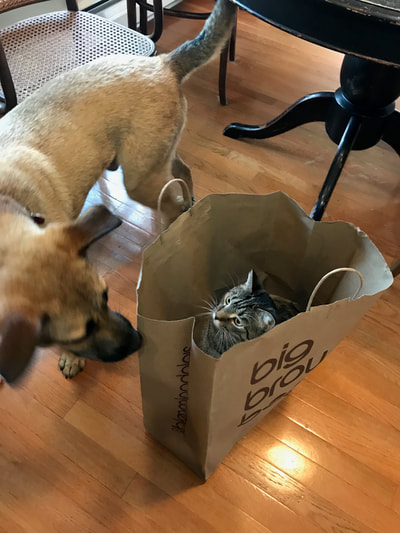 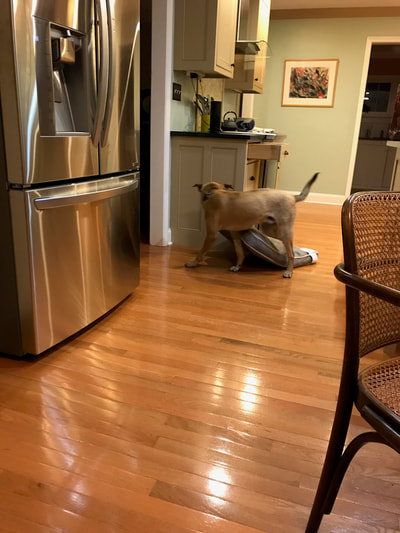 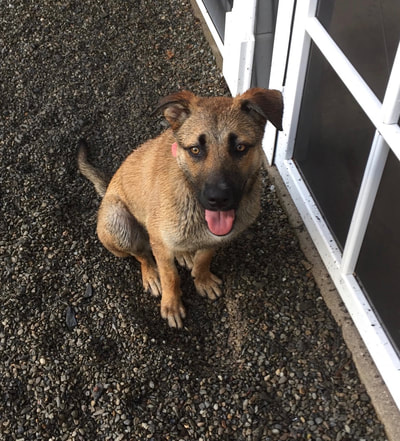 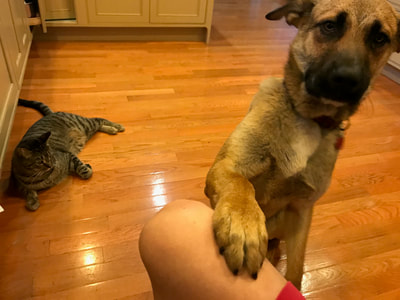 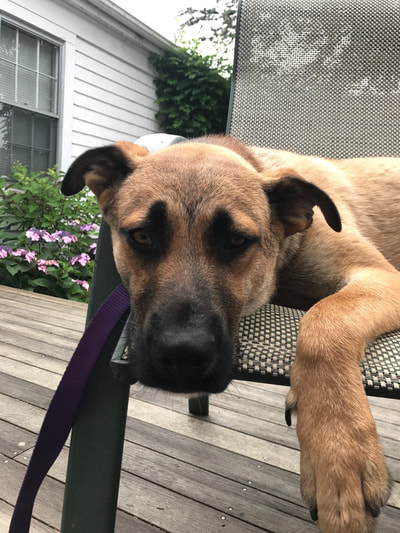 It is clear that someone was mean to him, and he is fearful of loud noises, commotion and some people–we haven't figured out yet what types of people scare him. He needs a relatively calm home. All of that said, he's highly spirited! He's  He's well-behaved in the house, and runs around like a nut in the yard. His favorite game is keep-away. He steal socks and flip-flops–but he doesn't chew them, he just wants to be chased. My daughters love playing with him. Barto is not a dog to leave alone all day, he's more the kind who will keep you company. He leans into you just to be close. He has the cutest ears ever, looks you right in the eye, and everyone who has met him falls in love with him. People stop me when I'm walking him to ask what breed he is, saying "He's so cute!"
Best news ever: Barto (now Wesley!) has been adopted. His lovely and super-happy new owner will take him home to Massachusetts where he'll get to run with her each morning, and play with neighboring dogs. 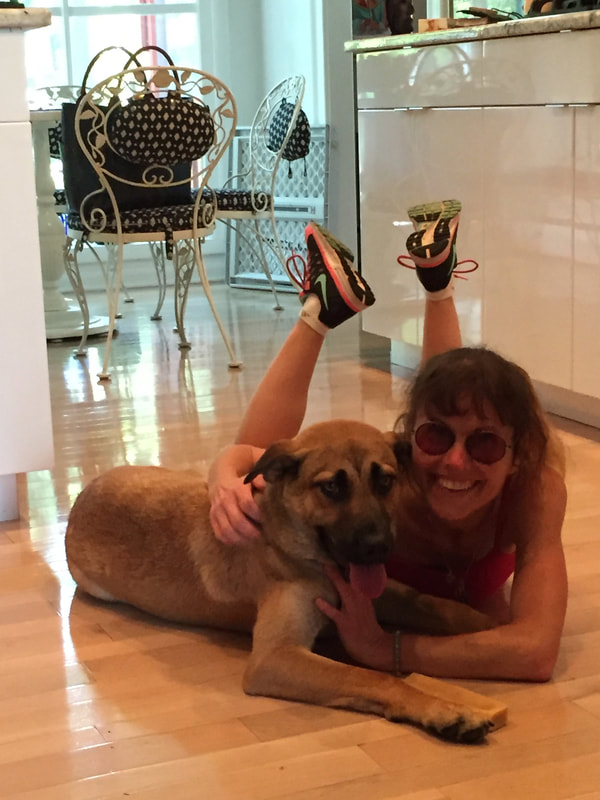